Samsung’s CES 2020 keynote will present the company’s vision for revolutionizing the consumer lifestyle, impacting the way people work, play and connect with each other. Mr. Kim will share Samsung’s role in shaping a new consumer experience for global citizens through its cutting-edge technologies, ultimately leading to positive changes in society. 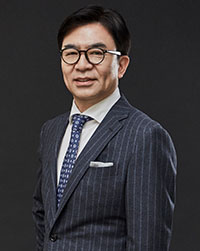 Hyun-Suk Kim, President and CEO of Consumer Electronics Division, Samsung, has held key executive roles during the company’s rise to the global No. 1 position in the TV industry, which it has held for 11 consecutive years, overseeing the growing success of Samsung’s TV and Digital Appliances business.

Among the numerous awards he has received at home and abroad, the most notable is the Bronze Medal of Industrial Effort he received in 2014. It is one of the Korean government’s most prestigious awards recognizing exemplary leadership in a national industry.